K735 was well received. HEXGEARS attracted much attention in Korea! On May 10, 2018, K735 was again reported by “Digital Times” due to its great popularity in Korea, thus making it the most expected keyboard for game players. 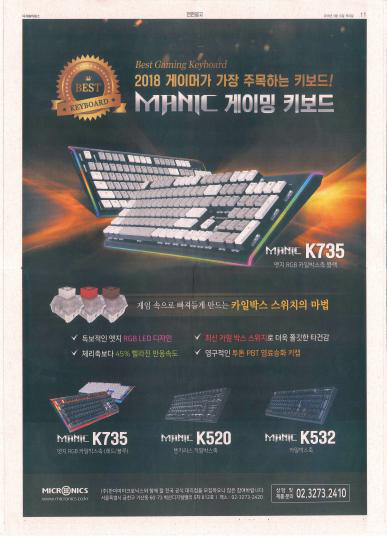 What is the magic about K735 that it could attract the attention of numerous game players. In the following part, I will reveal the secret.

Performance Enhancement
K735 adopted the industry-leading Kaih Box switch, which produces more brisk and tough touch.
All the keys support the unlimited and simultaneous input. With the multifunction keys, it offers the function of batch processing, and has the response speed improved by 45%.
With the durability up to 80 million times;
IP56-grade waterproofing and dustproofing; 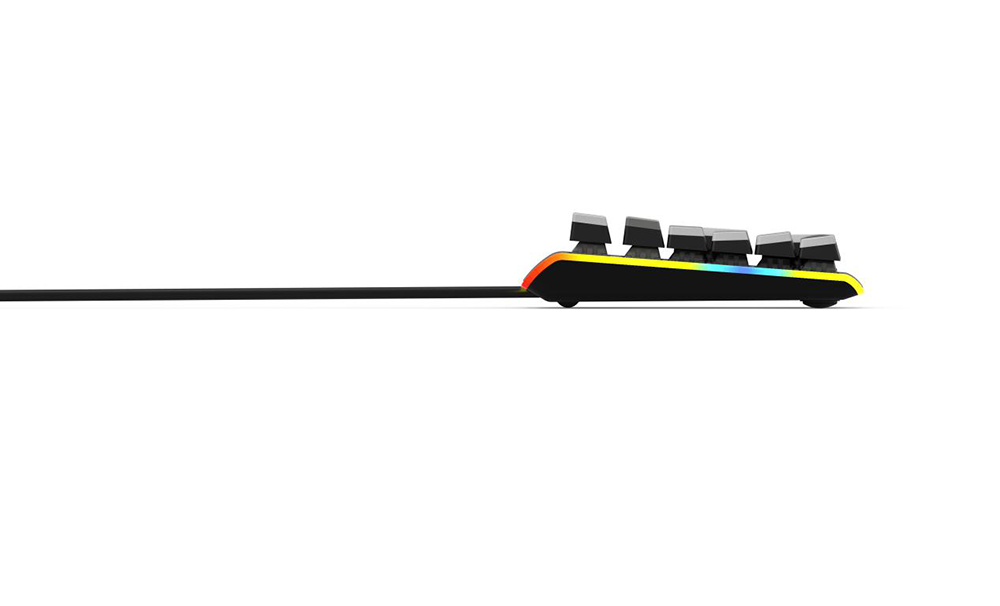 Personalized Choice
“white +gray” arrangement, and the two-layered and two-color PBT keycap;
A free switch between REBLED light effects at the side of keyboard;
As game players like, they can choose the Kailh Box white, red  or brown switch so as to offer the handfeel most suitable for them. Such a powerful keyboard, do you want to try it?
As a great event for global communication electronics industry and Asia’s largest IT communication expo, Computex Taipei has remained as the best stage for new products, new designs and new concepts of global enterprises. Besides, it provides heavyweight buyers from around the world, as well as the optimum platform for people to seek cooperation opportunities and strategic partners.
From June 5 to June 9, 2018, Hexgears would be present at Computex Taipei 2018 to show its latest products to global game players. The exhibition hall was located on 4F, Nangang Exhibition Center, No.1 Second Jingmao Road, Nangang District, Taipei. Our booth was in the GamingAR&VR zone, with the booth number being L0202. Welcome friends from all circles to the exhibition. 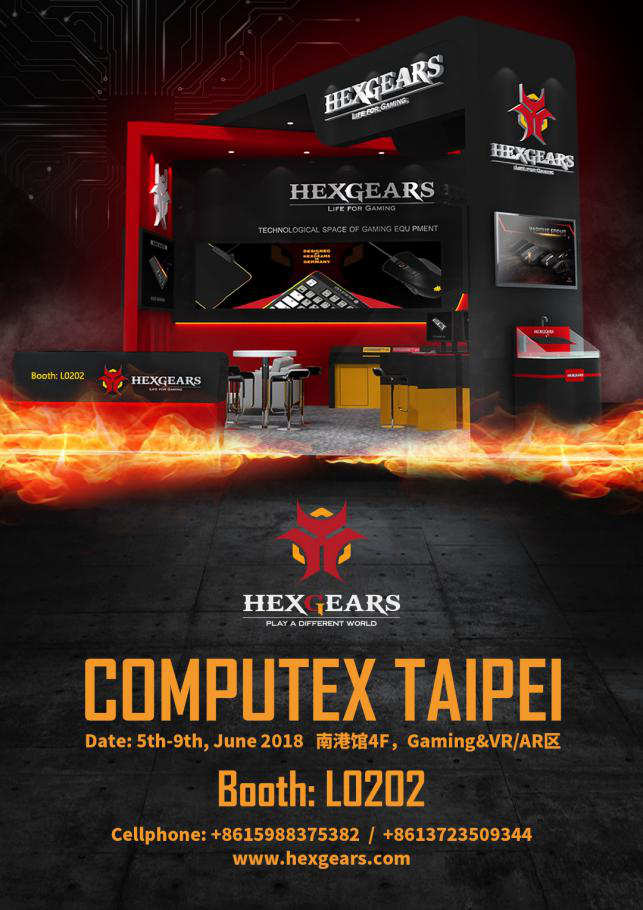